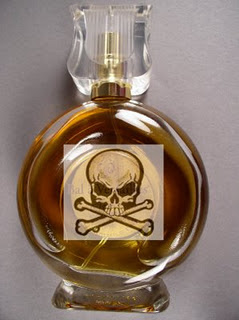 I don’t read “Wired” much.  But, as far as I know, they have published the first mainstream article on the brave new perfume world, and it’s worth a look, even if you know all about the controversies. Here’s the thing: it strives to be fair.
Read it and weep.
Author Courtney Humphries is a graduate of MIT’s Graduate Program in Science Writing. It shows in her approach. She touches all the bases of the modern perfume story: 2 billion dollar industry, IFRA hopes to stave off the take-no-prisoners EU by self-regulating, 174 restricted ingredients including rose oil and jasmine absolute, the fear of image problems cutting into profits, and so on. None of this is news here, except maybe the number of ingredients (174? Really?). But then she describes what, for me anyway, is a scenario right out of some hellish science fiction movie.
Givaudan now uses a system in which its perfumers work within a database of regulatory information:  3,000 materials, overseen by 75 safety experts and three robots who actually do the mixing. The software that runs them has built into it all the regulations, of course, but what struck me as completely draconian is this: they won’t mix anything that is not IFRA compliant.
I guess if I was a professional big-time perfumer, I’d see this as something of a convenience, and a shield. I wouldn’t spend months or years working on a fragrance doomed by a speck too much of this or that. I’d be protected from litigation, presumably, if somebody got a rash.
So why does it seem so chilling?
Wellll….the digital divide, maybe. Humphries mentions that all of this doesn’t seem to bother the younger perfumers as much as it bothers, say, Luca Turin, and of course us perfume writers and bloggers who mourn a lost art.
I’ve realized that privacy is an outmoded concept too. Having recently acquired an iPhone, I've also been informed by Apple that all my stuff — contacts, website, music and photo library, you name it — is going to The Cloud soon. Mind? Why would I mind? It’ll all be so perfectly synced, so convenient!

I give up. Fine, whatever, Cloud me, mine my data, I can’t fight you any more. (We used to call The Cloud “the mainframe,” but I digress.) There’s a word for those who refuse this new world: "Luddite."  And a worse one: “Old."
So this, these robots, they’re progress too. The idea of an artisan perfumer, trying this and then that from little bottles with hand-written labels is so outmoded in the world of the wired as to be laughable. In the world of “Wired,” it's, well, just kind of silly.
“Wired” has an extremely desirable demographic. A quick look at their media kit reveals a circulation of just under 800,000, not huge, but what a circulation!  2011 MMR doublebase  data reveals a median household income of $90,448 — down from last year but what isn’t — and a median age of around 35, with all the expected bells and whistles — education and achievement at work, etc. Not good enough for owner Conde Nast, though. “Wired” has recently been redesigned to attract a younger demo (between 20 and 30 years old, income over $30,000.)
Certainly, it behooves a publication with this stated goal not to look back, ever.
To Humphries’ credit, she gives space to the Luddites who bemoan their ancient art, but the article’s conclusion is that these changes are as inevitable as, well, The Cloud; this fits the magazine's editorial approach perfectly. Given enough time, we won’t mind (and, unsaid: we’ll all die off soon anyway.) And oakmoss, like privacy, is just so old fashioned; in the end no one will miss it or even know it once existed.
Yeah, well, given enough time, I guess we’re not supposed to mind much of anything.
Photo composite copyright Pat Borow, all rights reserved.

BTW: Remember Lanvin's "Rumeur" from last week? The one that contains enough costus and oakmoss to make the entire EU faint? I sprayed lots of it on my skin, some delicate skin at that, and didn't get a rash. Not even an itch.
Posted by Olfacta at 6:00 PM

I read the Wired article yesterday and was finding it well-written and informative (and agree that the robots part was creepy). And then I came to the following sentences ---

As we sample various substances, I ask Schwieger about oakmoss. He dips a blotter in an IFRA-approved version of oakmoss absolute and sniffs. “I must say, I almost don’t use it anymore,” he says. As it happens, Givaudan’s Becker says much the same thing: Oakmoss “is the past 50 years of perfumery. And now if you put back the moss at the level we used to have, it will smell dated.” Just two years into its exile, oakmoss—a living thing scraped by hand off the bark of a tree—is on its way to becoming an anachronism, a dark scent out of a Grimm’s fairy tale.
This, in the end, is the likely fate of many of the restricted ingredients. Even if these classic elements can be duplicated, perfumers and eventually customers will move on. ---

Well, now I will be classed not just an occasional Luddite (or techno-peasant) but as someone who should be hanging out at some Renaissance Faire just for liking fragrances from pre-2009! Argh!

Hi Linda -- Agree. I loved the line about a Grimm's fairy tale, though. My guess is that the author, who admits she owns a bottle of vintage perfume, was towing the party line to some extent at least. I sometimes long for my own techo-peasant (good one!) days.

The idea that once gone we won't miss it is ridiculous. If that were true what work would an archeologist or historian have? The Ancient Egyptians have been gone a REALLY long time but science is still finding new things to report on. I think it's sad times to come that robots and computers are creating such personal human expressions. It just further explains how impersonal our society is becoming. No thanks! I'm gonna fight for oakmoss til the end and so be it if I'm perceived as old. I'm OK with that! And I'm NOT gonna smell like artificial fruit or dryer sheets!!! I will now climb down from my soapbox!

Hi Melissa -- No, stay up there. Niche and vintage from here on out, I guess. I've found oakmoss absolute from a company that makes some great EO's and absolutes. PM me at olfactarama at att dot net and I'll send you their info.

So, perhaps I'm old and cranky, but everything cycles. As you alluded, in the software world, we used to call it the 'mainframe', then distributed was the hot thing, and now we're on 'clouds'...i.e. mainframes. And I suspect that in the corporate world of fragrance, where it's all about catching the consumer's attention, they will forever have to pursue new notes in the name of novelty. So it's handy to declare some notes irrelevant, simply because they aren't currently in vogue. In a few years, when consumers are tired of the current offerings, they are almost bound to 'discover' oakmoss in some variation or other...it may not be as rich, but it may well return.

You'll never convince me that it's not about profit - the natural ingredients cannot be patented while the synthetics can.

Ask me what I'd rather have on my uber-fair and sensitive skin: oakmoss or iso-e-super, phthalates, or musk. Oakmoss everytime! If it were about health and safety, the chemicals (especially those just named) would be banned.

Hi Leslie -- True on novelty and things coming and going. There are only so many ways to cut a piece of fabric. Hence long skirts, short skirts, etc. I save all my good outmoded clothes because I know they'll be coming back into style and guess what -- they do!

I hope you're right -- that quality will return.

Hi R -- Yep -- we've always said this is really about patents! I was reading somewhere that oakmoss is really quite cheap to produce as an absolute. But who wants to deal with the peasants who gather it? Not the labs, for sure, in this age where if something isn't quantifiable, it's goodbye.

I suppose that if you shaved a lab rat and then made it swim in a vat of oakmoss absolute, it might get a rash. This is, imho, how this self-regulating research is done.

I suppose the American indie perfumers cannot sell their wares in Europe then -- they all use all the banned things.

Yep, I was also a little horrified by the info from the Wired article about the robot mixers, and the comments about oakmoss being "dated" anyway...
Big sigh.
It was interesting to read your comments on the writer as well. She deserves some praise! Good journalism on the perfume industry is really scarce (outside of the blogs/specialty press).