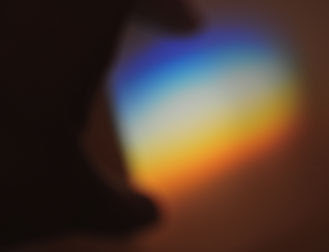 I have trouble asking for freebies. This particularly applies to perfume samples. Usually I just suck it up and order them like everybody else. Not free, but guilt-free, if I don’t like it.
I’ve always ordered and paid for my samples from Tauer Perfumes, because I believe that a niche perfumer of Andy Tauer’s reputation probably gets a zillion requests for free samples. I’ve never wanted to be one of Those People. Weird timidity? Maybe. Anyway, I dutifully ordered a sample of the new Zeta, behind the curve as usual, and got four samples and a nice note saying “just e-mail us next time” and so I guess I’m on their radar.
This is my favorite Tauer of all, so far, and I’m not just saying that. For some odd reason I started thinking the song “Tupelo Honey,” by Van Morrison. Odd association, since this is not a honey fragrance. But who knows where these associations come from? I try to accept them, never suppress them, ride them like a surfer rides a wave. The song, a favorite of mine, is playing in my head right now.
I haven’t loved all the Tauer fragrances. With some of them, mostly the earlier ones, I’ve wished the perfumer had used a slightly lighter hand with the “Tauerade,” that incensey resinous thang in the base. But I can also see a brand developing here. A link between in all the perfumes. That’s smart. Admirable.
“Zeta” is lighter on the Tauerade than any of the other fragrances I’ve tried. It’s there, but just a whisper, just enough. This perfume shows, more than anything, the perfumer’s increasing skill. Subtle is tough.
I’ve been messing around with oils and absolutes, making ambient scents, realizing how difficult this art is, how expensive the good natural ingredients are (and how cheap, therefore tempting, the synthetics are). My mother used to say that if you want to see how a dress is constructed, learn to sew and make a dress. It’s true. Make a dress -- not that my efforts have been anything but laughable --  and you’ll never look at readymade clothing the same way again.
The notes in “Zeta” have, of course, been discussed already, in all the major perfume blogs, so I’m not going to get into long discourse about them. The fragrance opens with citrus, but it’s not sharp; it’s a little orange-y. Then it slides seamlessly into the florals, led by our old friend orange blossom -- which can be as heavy as an anvil but here is uplifting -- how did he do that? -- and neroli, the slightly different take on orange.
I’ve only smelled linden trees in bloom once, while walking down Linden Drive in in Beverly Hills during their bloom. I don’t remember the scent specifically, only that it was beautiful. I lingered next to my car, breathing it in, until the inevitable Parking Police approached and I had to flee. The linden here is subtle, arranged with a rose called “honey yellow,” a trace of vanilla and then, after awhile, a bit of orris, then the suggestion of the Taurade base.
Some of the Tauer scents have  been brilliant conceptually, but not always completely wearable except by those with enough knowledge to appreciate the ingredients and the perfumer’s artistry. “Lonestar Memories” comes to mind as an example. Zeta, which Tauer calls “an ode to summer,” is completely accessible, and could be worn by anyone who just wants to smell good. In the modern perfume marketplace, this scent is reasonably priced, too, at around $150 U.S. Dollars for 50 mls.
So am I tempted to keep my other three  samples? Yes! Am I going to? No! I’m going to give them away to three lucky commenters. Step right up: the drawing, for generous spray samples, ends a week from today, which is to say Tuesday, May 16th, at 9 a.m. Eastern U.S. Daylight Time, at which time I will pick the three winners.
Good luck, everybody!


Full Disclosure time:  I bought my sample and received the three extras from Tauer Perfumes.


Leave a comment to enter the drawing for a generous spray sample of Zeta. The three winners will be chosen using random.org.


Rainbow-in-hand photograph by Pat Borow, all rights reserved.
Posted by Olfacta at 12:01 AM

Hello there! Would love to try the new Tauer, please enter me in the draw! Many thanks :)

I would love to try this. Thanks for the giveaway!

I will be glad to try Zeta, I love Andy's scents! Thank you for entering me. Alica - alica@cleis.net

Have been curious to smell more of the Tauer line! mdayquest@yahoo.com

I'm looking forward to trying Zeta. All the reviews are wonderful and it sounds as the right perfume for me. I guess I would wear it a lot in Summer.

Please, enter me in the draw :)

Oh, yes, please! I am a serious Andy fan and am dying to try this, no less after your great review. You are wonderful to give up your extras for us. Andy is so sweet, isn't he?

Please do enter me in the drawing. I don't love all the Tauers either; so far they haven't worked with my skin. However the newest, Orange Star, Carillon pour un Ange, and now Zeta, all sound like they are more to my taste. Hope to get the chance to try!

Haven't tried this one yet, please do enter me! Thanks

Would love to try Zeta. Thanks for this draw.

I would love to know what Linden smells like. Please enter me in the draw.

I have never smelled linden although I have heard it described like a vegetal honey and it sounds super appealing. Please enter me in the draw. :) Thanks again

Greetings, and no need to enter me in the draw ;-)
I just came by and wanted to drop a note, thanking you and telling you, "yes, you are on the radar"
not really [their] radar as there is no their yet, it is just me :-)

I would love to try this new scent from Tauer perfums,one of my favourite lines.

Would love to try Zeta! How sweet of you to give those samples away.

I've just recently won Zeta sample in another draw and expect to get it any day now, so there is no need to enter me into this draw. I just wanted to say that I enjoyed reading your review.

Great review! Please enter me in the drawing as well.

I would LOVE to sample this Zeta! Linden!!!
Zee

I would love to smell the Zeta.We are still waiting for spring weather here. Please enter me in the draw.

This is one I would love to try!! Please enter me in the draw! Thanks for the chance. :)

I would love to try this one! So nice of you to share.

An accessible Tauer - while not quite an oxymoron - is a rare thing in my eyes. I only really care for L'Air du Desert, and that has a goodly dollop of Tauerade in it in fact. But Zeta, with barely discernible Tauerade, could be a big hit with me... You've reinforced my curiosity about this one!

I actually love the feel (as much as the smell) of the Tauerade base, so I'm curious to see how I'll like the whisper in Zeta. I hope I get to try one! Thanks!

Wearing a beautiful perfume always makes a woman feel very special and I would love to try Zeta for a wonderful date I am soon to go on. Loving your enticing review, this exquisite perfume may even take over my eternal favourite L'Air du Desert Marocain! Many thanks for the chance to enter.

I would love to try Zeta. Thanks so much for the draw!

Please enter me in the drawing. Orange, linden and summer sounds amazing!

I would love to try out somthing from Tauer! Please enter me in the drawing.

I am so fascinated by the Tauer fragrances and have not had the chance to try any - thanks for the chance! I just this morning found YOU through their website! YAY! I'm off to read more here on your blog. What a find!

I love linden blossoms (they're the smell of my summers!!), so I would love to try Zeta.

Thank you for the draw!

l'air du desert marocaine is the only Tauer I've been able to wear successfully, but everything is INTERESTING. I keep trying ;) Would love a sample, please enter me into the drawing.

If the draw is still open, I'd love to be entered. LADDM is my holy grail, but everything Andy has done has been worth sampling. Zeta sounds lovely.