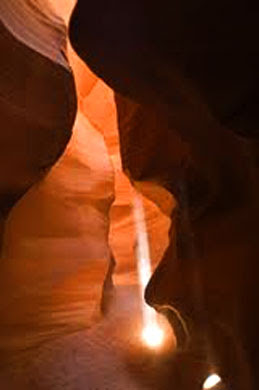 More and more, I love perfumer Lyn Harris’ work. There is a suggestion of bitterness in the bottom notes of the Harris creations I’ve tried that just sort of sends me. Somewhere along the line I developed a taste for that; I even like Campari, which when mixed with soda produces a supremely bitter aperitif I haven’t found a match for to this day.
Both of these have been out for awhile. I became a convert to “Fleur Oriental” when, during our icy winter of last year, I picked up a ratty acrylic sweater on which I’d sprayed it the previous day, and got, well, high on the scent. There’s no better way to describe it. At that point it had dried down to a slightly bitter heliotrope-based powder.  I realized that here was the perfect sleep scent, home alone scent, studio scent — in other words, it’s domestic, but hardly domesticated. It’s a little like “Habanita’s” drydown, without the choke factor that one sometimes produces.
“Stoned,” concocted by Lyn Harris for Solonge,  isn’t as unusual. It’s opulent and gorgeous, in that way that keeps you smelling your wrist all day. It opens with a bergamot/citrus top and slides smoothly down into florals — rose and jasmine, mostly —  but they’re subtle. I’m thinking these must be natural absolutes (at this price point they should be) or at least there are some in there. Other notes say labdanum, but I don’t smell the resin or the tar. I do smell the Bourbon vanilla. This has been compared to Shalimar, and although it’s in that arena, it's smoother, without that one's  tarry growl. Nothing unusual here, just a beautiful perfume. The “diamond dust” which is supposed be mixed into the fragrance, um, that — well,  that’s just too silly to discuss.
The perfume is called “Stoned,” because the fragrance comes from jeweler-to-the-stars Solange Azagury-Partridge. It refers to gems, not the outcome of some illegal activity. Azagury-Partridge’s work, particularly her rings, can be found adorning the fingers of many movie stars appearing on the covers of many magazines. The bottle is…well, unusual — sort of like a garnet-red spiny blowfish, with a fertility goddess figure on top. It would certainly command attention on anyone’s vanity table! “Fleur Oriental” comes in a relatively unadorned bottle, as with the other perfumes in Harris’ line, Miller Harris.
Assuming that you can pay the price, I think that “Stoned” would make a great gift. (Of course, it would have to be for somebody you really like, a lot; you, maybe?) They’re both great fragrances. Of the two, I think the Fleur Oriental is the most daring, opening nutty, almost meaty, followed by a clean and spacious carnation/clove, a green undertone and then the slightly bitter powdery drydown. “Stoned,” when it dries down, has just the merest touch of that; except for “Rein,” the other Miller Harris scents I’ve tried have it as a sort of signature, too.


“Stoned” isn’t easy to find. Certainly, the discounters I’ve checked don’t seem to have it. Didn’t see it on ebay either. Nope; this one is going to be Full Retail (or a decant). The Miller Harris line does appear on Amazon, with widely varying discounts.
Something tells me it’s going to be another cold winter here in the U.S. These va-va-voom orientals just don’t make it in summer, at least on my skin. But it won’t be summer again for quite awhile.
Notes for “Stoned” include Italian bergamot, classic rose, jasmine absolute, labdanum, tree moss, musk and vanilla bourbon. 100 mls retails for around $285.
Notes for “Fleur Oriental” include carnation, Turkish rose, Indian jasmine, amber, vanilla, sweet musk, heliotrope, orange flower.
Full disclosure: I got my decants from a friend and a swap.


The photo of Arizona’s Antelope Slot Canyon is by Chief Tsosie, of  AntelopeSlotCanyon, by way of Google Images.
Posted by Olfacta at 7:30 PM

Great review. I haven't smelled Stoned, but am head over heels for Cosmic. The musk in Stoned worries me as it always blows up on my skin and gags me!

Fascinating. I am now thoroughly intrigued.